From Student to Professor, Todd Schweisinger Works to Fund A Gift of Perpetuity 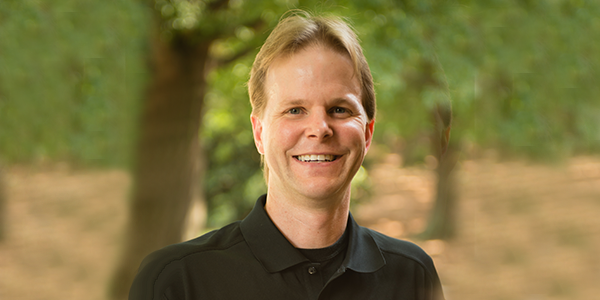 Humility is a trait that cannot be taught; it is learned through experience and an inner desire to help others more than ourselves. This is an appropriate description of former Clemson student and now Senior Lecturer of Mechanical Engineering Todd Schweisinger, Ph.D., P.E.

Schweisinger, who is in his early 40s, realizes that many people his age are beginning to acquire wealth and the material things that often come with success - a bigger home, a nicer car, travel and other luxuries. The opposite is true for Schweisinger who is dedicated to preserving much of his income to reach a goal very important to him -creating a multi-million-dollar bequest to Clemson University that would allow his gift to fund tuition for students in perpetuity.

His road to Clemson was anything but straight. A native of Westminster, California, Schweisinger was a strong student in high school. However, he accidentally missed the deadline for college applications his senior year. Instead he went to his local community college for a year before transferring to the University of California at Irvine where he majored in physics. Once he received his degree, he says he was at a loss for how best to utilize it. That's when his interest in automotive engineering steered him to apply to approximately six graduate schools that offered this field of study. He applied to numerous universities in the North and one in the South - Clemson. Despite being accepted by all the schools and receiving offers of financial assistance from all the northern schools, he chose Clemson for its size, strong engineering program and South Carolina's four distinctive seasons.

"I was drawn to the beauty of the area and the climate," said Schweisinger, who admits he had no idea of what graduate school entailed until he was enrolled. He arrived at Clemson on a hot Sunday afternoon in August 1997. Schweisinger says he hasn't looked back and is only looking forward to becoming more immersed in making sure students who want to attend Clemson have the financial resources to do so.

"When I walked across the stage at Clemson to receive my Ph.D., I knew I wanted to give back in a big way," said Schweisinger. "I accepted a teaching position here and try to keep my expenses modest because the idea of giving back to Clemson became more and more important."

He feels his passion to give began when he gave his first gift of $10 to have a brick imprinted with his name on it in President's Park. A diagnoses of Type I diabetes while studying for his Ph.D. also put him more in touch with what really matters in life.

"Those experiences were turning points for me," he said, "so I became dedicated to saving. Now I preserve part of my income to help ensure future students can benefit from the strong legacy of Clemson University."

Schweisinger says he wants other deserving students to have the incredible experiences he had as a Clemson student. He was involved in the Clemson Whitewater Club, the Sailing Club and Ultimate Frisbee Intramurals. He also received his SCUBA certification in the Fike pool - a memory he says he will never forget. He hosted "Club Retro" on Clemson's radio station WSBF.

"Being a member of the Clemson family means so much to me," he said, "and the relationships I've made here are just a part of me now. Sailing on Lake Hartwell, watching sunsets in the summer, taking dance lessons in the Brooks Center for the Performing Arts, learning to kayak at the Y-beach and enjoying a long hot day of field research in the botanical gardens for my Ph.D. made my Clemson experience unique in so many ways."

Schweisinger attributes much of his academic success to the open door policy his Clemson professors offered and their desire to motivate and inspire him when he needed it most.

"I am very proud to be part of graduation ceremonies now as a faculty member," he said, "because I know the hard work and the support students received to help them achieve their degrees."

Schweisinger says his most influential professor was Dr. Cecil Huey with whom he remains close. "Although he is retired, I still depend upon him as a mentor and friend. His humility, open-door policy and ability to motivate and inspire played a large part in the accomplishments I've achieved."

Schweisinger wants others like him to have the strong educational advantages Clemson offers regardless of a student's financial circumstances.

"I want my gift to significantly transform the lives of people by funding at least 100 students with demonstrated financial need," he said. "I also expect those students to contribute to the greater good and to give back once they achieve their academic and career goals. It is my hope that my endowment will support Clemson's ability to continue to offer the best educational opportunities to students."

Schweisinger realizes that he is reaching for an extraordinary goal, but feels confident that with careful financial planning his goal will become a reality. That's why his focus is on planning and preserving his resources now. Perhaps there is no better example of Clemson Forever than the gift Todd Schweisinger is building.