You are at: Planned Giving > Clemson Legacy Societies 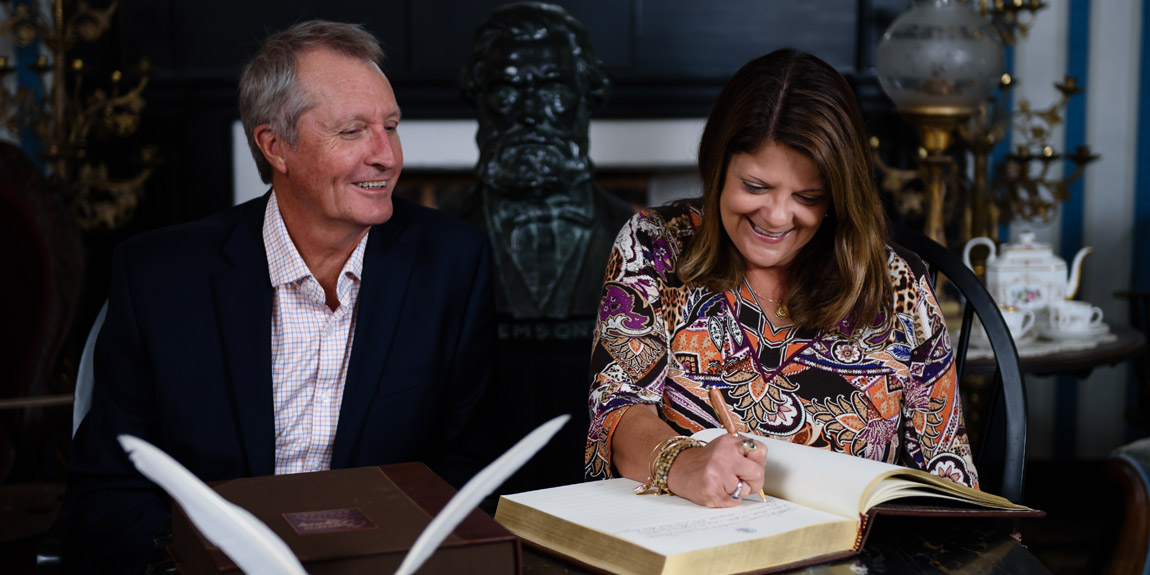 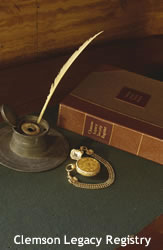 In honor of Clemson's will and in appreciation of alumni and friends who make provisions in their own estate plans to support the University, the University has formed the Clemson Legacy Society.

The Clemson Legacy Society is an honor society created especially to recognize individuals who have included Clemson University in their last will and testaments or as a beneficiary of a revocable trust, retirement account, brokerage account or life insurance policy.

In appreciation of their commitment, members of the Clemson Legacy Society receive a beautiful print of excerpts from Mr. Clemson's will, done in calligraphy and sealed with the intaglio from his signet ring.

Note: Please be assured that no individual bequest amounts are ever released publicly, and we honor all requests for anonymity.

Members are invited to sign the Clemson Legacy Society Registry in the parlor of Fort Hill, by personal appointment, in the very room where Thomas Clemson and Anna Calhoun were married on November 13, 1838. In addition, throughout the year we offer specific dates and times for members to sign their names in this remarkable keepsake. The Clemson Legacy Society Registry is permanently housed at Fort Hill for display and for future members to add their signatures.

The Fort Hill Legacy Society honors bequests or testamentary trusts of $1 million or more when the University receives them. Fort Hill, the beloved home of John C. Calhoun, became a visionary gift from Thomas Green Clemson to the people of South Carolina. Today, Fort Hill is at the heart of the Clemson campus. The names and personal signatures of the Fort Hill Legacy Society members, along with information about them and their gifts, are displayed on bronze oak leaves affixed to the grounds of the estate where trustees first signed Clemson Agricultural College into existence.